Looking for great gifts for the teens in your life? The Young Adult Library Services Association (YALSA) has released their long-awaited list of Outstanding Books for the College Bound (OBCB) for this year.

Every five years, a group of public, high school, and college and university librarians come together to review countless fiction and nonfiction titles targeted toward young readers. Their picks are curated to help teens develop a deeper understanding of our diverse world, and to familiarize themselves with the variety of academic topics they’ll encounter in college.

Their 130 selections range across five subject areas: arts and humanities; history and cultures; literature and language arts; science and technology; and social sciences. Readers of all kinds can find something to enjoy among these picks, which range across genres (from science fiction to mysteries) and format (including graphic novels, poetry collections, how-to books, and celebrity memoirs).

These are librarians’ picks for this year:

Go Ahead In the Rain: Notes to a Tribe Called Quest, by Hanif Abdurraquib

The Poet X, by Elizabeth Acevedo

Symphony for the City of the Dead: Dmitri Shostakovich and the Siege of Leningrad, by MT Anderson

Good and Cheap: Eat Well on $4/Day, by Leanne Brown

The Actor’s Life: A Survival Guide, by Jenna Fischer

Let Me Hear a Rhyme, by Tiffany Jackson

The Life-Changing Magic of Tidying Up: The Japanese Art of Decluttering and Organizing, by Marie Kondo

You Need a Budget: The Proven System for Breaking the Paycheck to Paycheck Cycle, Getting Out of Debt, and Living the Life You Want, by Jesse Mecham

Hamilton, The Revolution, by Lin-Manuel Miranda

Burning Down the Haus: Punk Rock, Revolution and the Fall of the Berlin Wall, by Tim Mohr

Broken Places and Outer Spaces: Finding Creativity in the Unexpected, by Nnedi Okorafor

The Astonishing Color of After, Emily X.R. Pan

Switched on Pop: How Popular Music Works and Why it Matters, by Nate Sloan and Charlie Harding

Fairest: A Memoir, by Meredith Talusan

The Cooking Gene: A Journey Through African American Culinary History in the Old South, by Michael Twitty

Educated: A Memoir, by Tara Westover

Every Drop of Blood: Hatred and Healing at Abraham Lincoln’s Second Inauguration, by Edward Achorn

Parkland: Birth of a Movement, by Dave Cullen

Lifting as We Climb: Black Women’s Battle for the Ballot Box, by Evette Dionne

An Indigenous People’s History of the United States, by Roxanne Dunbar-Ortiz

Legendary Children: The First Decade of RuPaul’s Drag Race and the Last Century of Queer Life, by Tom Fitzgerald and Lorenzo Marquez

The Only Plane in the Sky: An Oral History of 9/11, by Garrett M. Graff

Stamped from the Beginning: The Definitive History of Racist Ideas in America, Ibram X. Kendi

Say Nothing: A True Story of Murder and Memory in Northern Ireland, Patrick Radden Keefe

Darius the Great is Not Okay, by Adib Khorram

Gods of the Upper Air: How a Circle of Renegade Anthropologists Reinvented Race, Sex, and Gender in the Twentieth Century, by Charles King

A Very Large Expanse of Sea, by Tahereh Mafi

A Burning, by Megha Majumdar

Born a Crime: Stories from a South African Childhood, by Trevor Noah

An African American and Latinx History of the United States, by Paul Ortiz

The Season: A Social History of the Debutante, by Kristen Richardson

Fountains of Silence, by Ruta Sepetys

They Called Us Enemy, by George Takei

The World Eats Here: Amazing Food and the Inspiring People Who Make It at New York's Queens Night Market, by John Wang and Storm Garner

The Clean Body: A Modern History, by Peter Ward

The Handmaid’s Tale: The Graphic Novel, by Margaret Atwood

The Fire Next Time, by James Baldwin

The Binding, by Bridget Collins

How Long ‘Til Black Future Month?, by N.K. Jemison

All Boys Aren’t Blue: A Memoir-Manifesto, by George M. Johnson

Because Internet: Understanding the New Rules of Language, by Gretchen McCulloch

October Mourning: A Song for Matthew Shepard, by Leslea Newman

Daemon Voices: On Stories and Storytelling, by Philip Pullman

Long Way Down, by Jason Reynolds

Word by Word: The Secret Life of Dictionaries, by Kory Stamper

The Hate U Give, by Angie Thomas

Piecing Me Together, by Renee Watson

The Nickel Boys, by Colson Whitehead

The Rise and Fall of the Dinosaurs: A New History of a Lost World, by Stephen Brusatte

Bad Blood: Secrets and Lies in a Silicon Valley Startup, by John Carreyrou

Range: Why Generalists Triumph in a Specialized World, by David Epstein

League of Denial: The NFL, Concussions and the Battle for Truth, by Mark Fainaru-Wada

A Fire Story, by Brian Fies

How to Survive a Plague: The Inside Story of How Citizens and Science Tamed AIDS, by David France

As Long as Grass Grows: The Indigenous Fight for Environmental Justice, From Colonization to Standing Rock, by Dina Gilio-Whitaker

Debunk It! Fake News Edition: How to Stay Sane in a World Misinformation, by John Grant

Midnight in Chernobyl: The Untold Story of the World’s Greatest Nuclear Disaster, by Adam Higginbotham

Heart: A History, by Sandeep Jauhar

The Sixth Extinction: An Unnatural History, by Elizabeth Kolbert

Spillover: Animal Infections and the Next Human Pandemic, by David Quamman

The Alchemy of Us: How Humans and Matter Transformed One Another, by Ainissa Ramirez

Climate Justice: Hope, Resilience, and the Fight for a Sustainable Future, by Mary Robinson

So You’ve Been Publicly Shamed, by Jon Ronson

On a Sunbeam, by Tillie Walden

The New Jim Crow: Mass Incarceration in the Age of Colorblindness, by Michelle Alexander

Jane Against the World: Roe v. Wade and the Fight for Reproductive Rights, by Karen Blumenthal

The Unwanted: Stories of the Syrian Refugees, by Don Brown

A Heart in a Body in the World, by Deb Caletti

The Line Becomes a River: Dispatches from the Border, by Francisco Cantu

Between the World and Me, by Ta-Nehisi Coates

I Wish You All the Best, by Mason Deaver

American Like Me: Reflections on Life Between Cultures, by America Ferrera

I’m Not Dying with You Tonight, by Kimberly Jones and Gilly Segal

Hood Feminism: Notes from the Women That a Movement Forgot, by Mikki Kendall

How to be an Antiracist, by Ibram X. Kendi

Missoula: Rape and the Justice System in a College Town, by Jon Krakauer

Dopesick: Dealers, Doctors, and the Drug Company that Addicted America, by Beth Macy

Youth Power: Your Voice and How to Use It, by Jamie Margolin

Know My Name: A Memoir, by Chanel Miller

Rising Out of Hatred: The Awakening of a Former White Nationalist, by Eli Saslow

The 57 Bus: A True Story of Two Teenagers and the Crime that Changed Their Lives, by Dashka Slater

Just Mercy: A Story of Justice and Redemption, by Bryan Stevenson

My Brother’s Husband, by Gengorah Tagame

Talking to My Daughter About the Economy, Yanis Varufakis

We Speak for Ourselves: A Word from Forgotten Black America, by D. Watkins

Head to the Outstanding Books for the College Bound website to learn more. 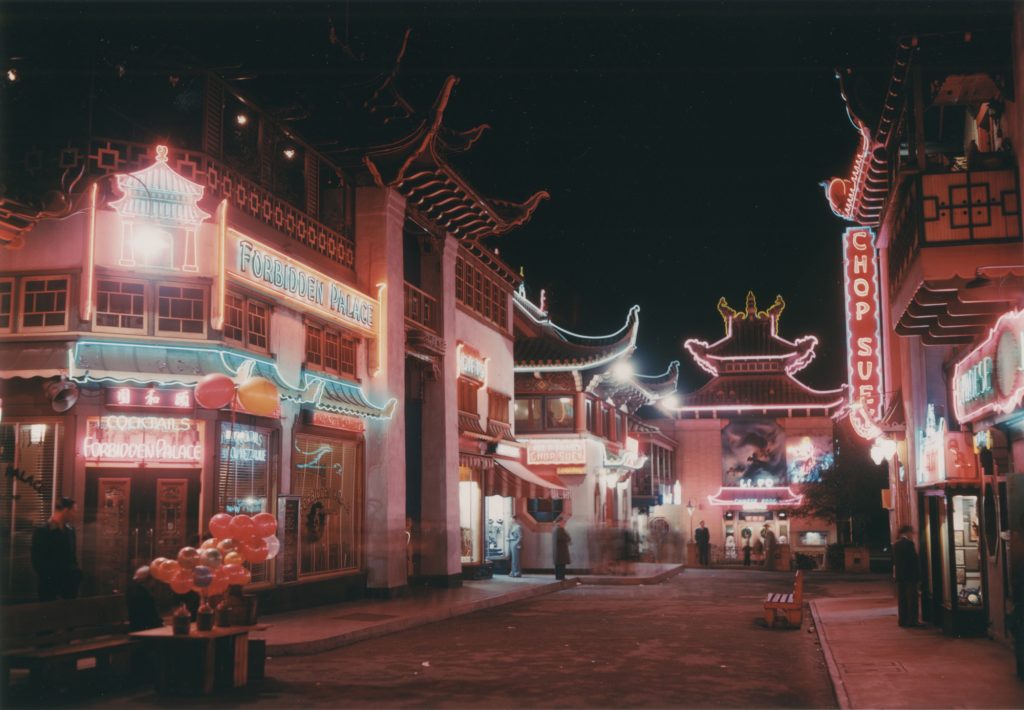 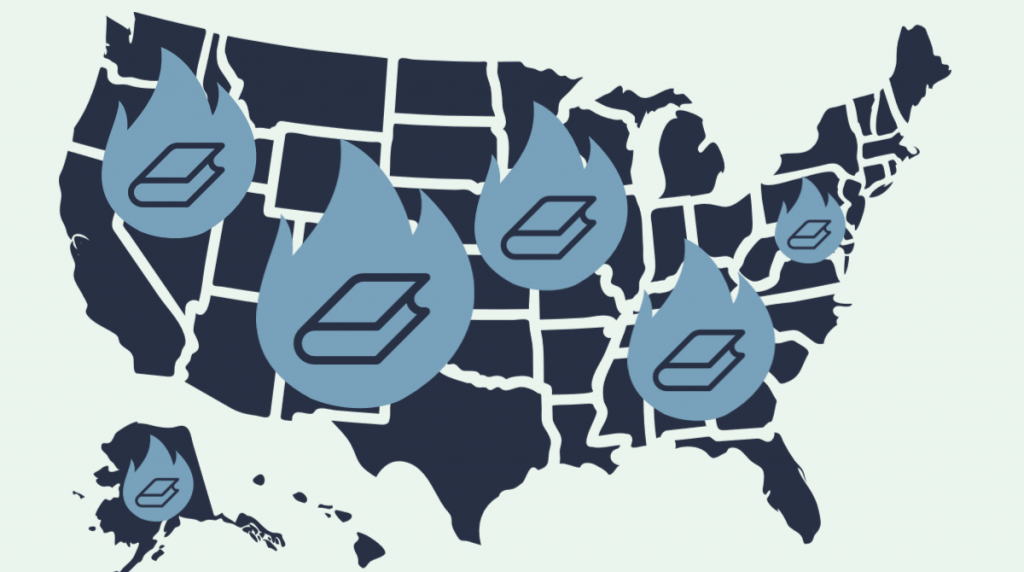