Recent animated series like She-Ra and the Princesses of Power, Hilda, Cleopatra in Space, and Too Loud have portrayed libraries positively. One Disney Junior show, which features the first South Asian protagonist in the network’s history, brings this trend to cable: Mira, Royal Detective.

The titular protagonist, Mira, lives in the fictional kingdom of Jalpur, set in 19th century India. She is a royal detective who serves at the pleasure of the queen and is “on the case” to help anyone in the kingdom, regardless of their socioeconomic class, with the assistance of two mongooses (Mikku and Chikku). Viewers of all ages can enjoy the series, especially the episodes with scenes in libraries. 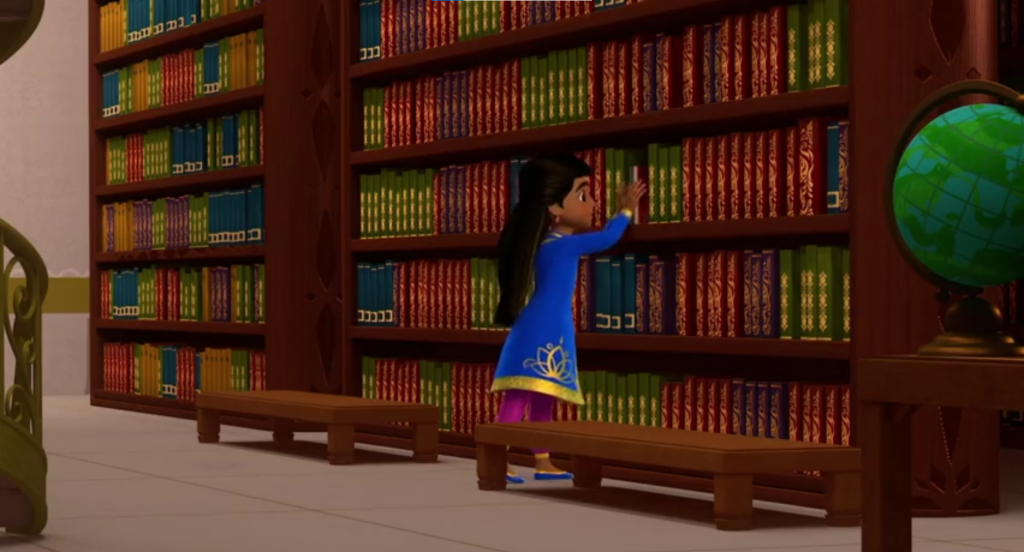 In the show’s 14th episode, Mira works with her friends to determine the origin of a stomping sound shaking the royal palace. During her investigation, she travels to the palace library in hopes that it will help her solve the case. In the process, she re-shelves books which have been pushed to the ground by shaking underneath the palace. Viewers see spiral stairs leading to the library’s second level and beautiful designs in keeping with the rest of the show’s visual motif. The library reappears in the next episode as well: Mira and her friends Priya and Prince Neel fall into a secret room, much like in the scene in Hilda when a pet deerfox stumbles upon a secret special collections room in the town’s library. Using hints left by the previous detective, Mira and her friends soon enter another hidden room, and go through all the books on the shelves to find another clue. When they have almost lost hope of solving the case, Mira spies one final book. It has a note from the former detective, and she uses that to continue her journey. She then finds a book the detective left specifically for her, detailing unsolved mysteries in the kingdom. We see the same hidden room of the library briefly in another episode when Mira is showing a visiting princess some of the detective disguises left behind by the former royal detective. All these scenes communicate the value of libraries and their organization.

In the show’s 22nd episode, Mira solves a library-related mystery; the entire episode emphasizes the value of libraries, with some reviewers saying that it has a lesson about “proper library borrowing etiquette.” The episode begins with Mira pedaling a bike-powered bookmobile across Jalpur and telling her mongoose friends that everyone is amazed by the new “mobile library,” the design of which is inspired by actual bookmobiles. Mira works with her father, Sahil, to set up this library and says she is excited the city now has a movable library. When her friend Neel returns a book to the library, she tells him that there is always room for more books and that the library is for the whole town. After that, in keeping the tone of the series, the characters sing a sweet song about the importance of reading and libraries. This includes Mira describing the library as a "big buffet where you can try something different every day," with many stories that can allow people to get lost in their imaginations in the process. Following this, Sahil checks out books to patrons and says that the last step is returning the book after you are finished with it.

Afterward, Mira’s cousin Dhruv returns a fantasy book named The Magical Monsoon and recommends it to those standing nearby. Mira notes that there is a waiting list for the book due to its popularity. Her friend, Kamala, checks out another book, with Mira’s mongoose friends stamping the book, taking out a slip and putting it in a box; Sahil tells her that she should return the book in three days, acting as the librarian. Shortly thereafter, The Magical Monsoon goes missing with no book slip showing who checked out the book. Mira begins her investigation, using her tools to find the person who took the book, talking to some of her friends to gather information. She eventually discovers that Kamala’s sister Dimple took the book by accident, solving the case. Mira reminds her that you need to check out library materials properly so that the library can keep track of their materials, so they are available for everyone to enjoy. The episode ends with the mongooses reading the book aloud to Mira and her friends who gather around a tree in the center of Jalpur, enjoying the story.

Fans who watch the series on cable or streaming services can expect more Mira, Royal Detective in the future: it was renewed for a second season before it even premiered! Whether libraries or librarians appear in future episodes, the series has already made clear to viewers the importance of libraries and hopefully it continues to do so in the future.

Subscribe to the I Love Libraries newsletter for more great library stories. 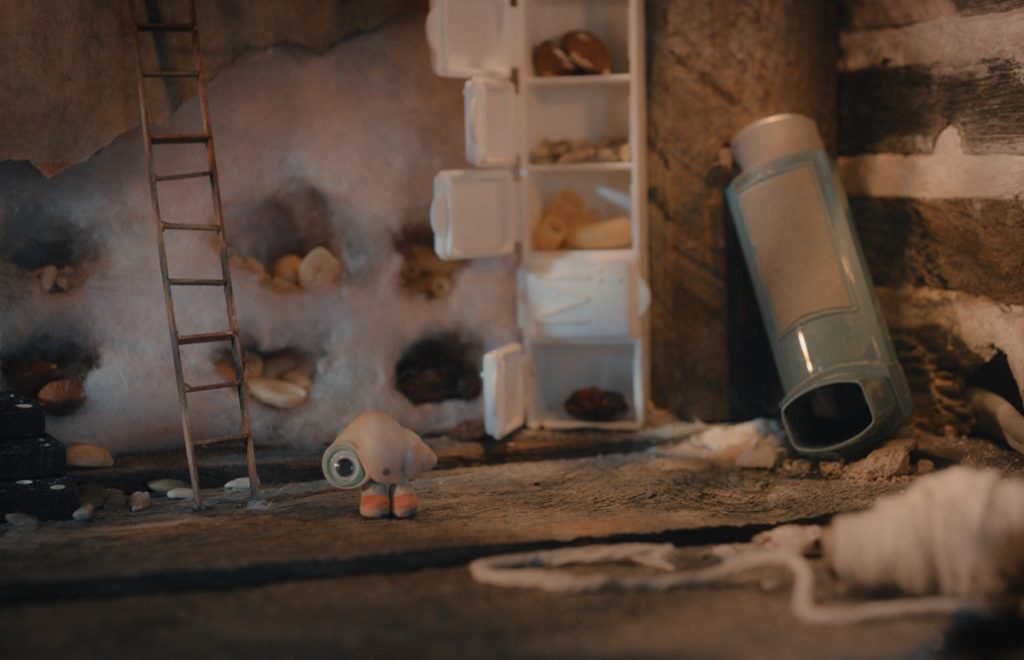