On December 14, 2020, the second season of Hilda, the beloved British-Canadian animation, premiered on Netflix. The show’s first season introduced one of the most intriguing librarian characters in recent TV memory, and this newest batch of episodes brings even more screen time to the fan-favorite role. Hilda continues to show the value of libraries and librarians, remaining one of the best animated depictions of the profession, alongside all-ages shows Cleopatra in Space and She-Ra and the Princesses of Power.

In the new season of Hilda, the characters spend longer in their city's public library than in the previous season, and the value of libraries is again emphasized. In the third episode of this season, protagonists Hilda and Frida look for the librarian, who isn't at the information desk, and comment on how she has been supportive in the past. They enter the hidden special collections room, find a book slip, and travel through secret rooms before coming upon a hallway. They see the librarian chanting and follow her through a magic passageway she created. Once inside, they enter the Witches Tower, its walls covered with shelves of books. The librarian comes before three witches who govern the tower; they tell her that she must return a book missing from the library for almost 30 years. She says that the person who borrowed the book is responsible for it and the witches threaten to cast her into a void if she cannot locate the lost item.

Just in time, Frida and Hilda come out of hiding to help the librarian. Later, they all enter a labyrinth to reach the person who borrowed the book. Along the way, the librarian talks about the value of witchcraft, saying it is about knowledge and “knowing the true shape of things” than about powers and spells. The same could be said about librarianship, which is about sorting books, organization, recognizing what is within collections, and addressing the needs of patrons.

The librarian eventually admits to the protagonists, and the old woman who borrowed the book, why she had not tried to locate the missing book until now: she was embarrassed that she could not use the right spell to find it. After their return before the witches, a magical mishap inadvertently opens the void of no return, trapping the librarian, Hilda, and Frida. With Hilda and Frida’s assistance, the librarian is finally able to cast the correct spell, restoring the book to its library shelf at last. In the end, the episode shows the value of libraries, proper organization, and knowledge itself. The episode also reveals the librarian’s name for the first time: Kaisa, possibly an homage to the character’s voice actor, Kaisa Hammarlund. 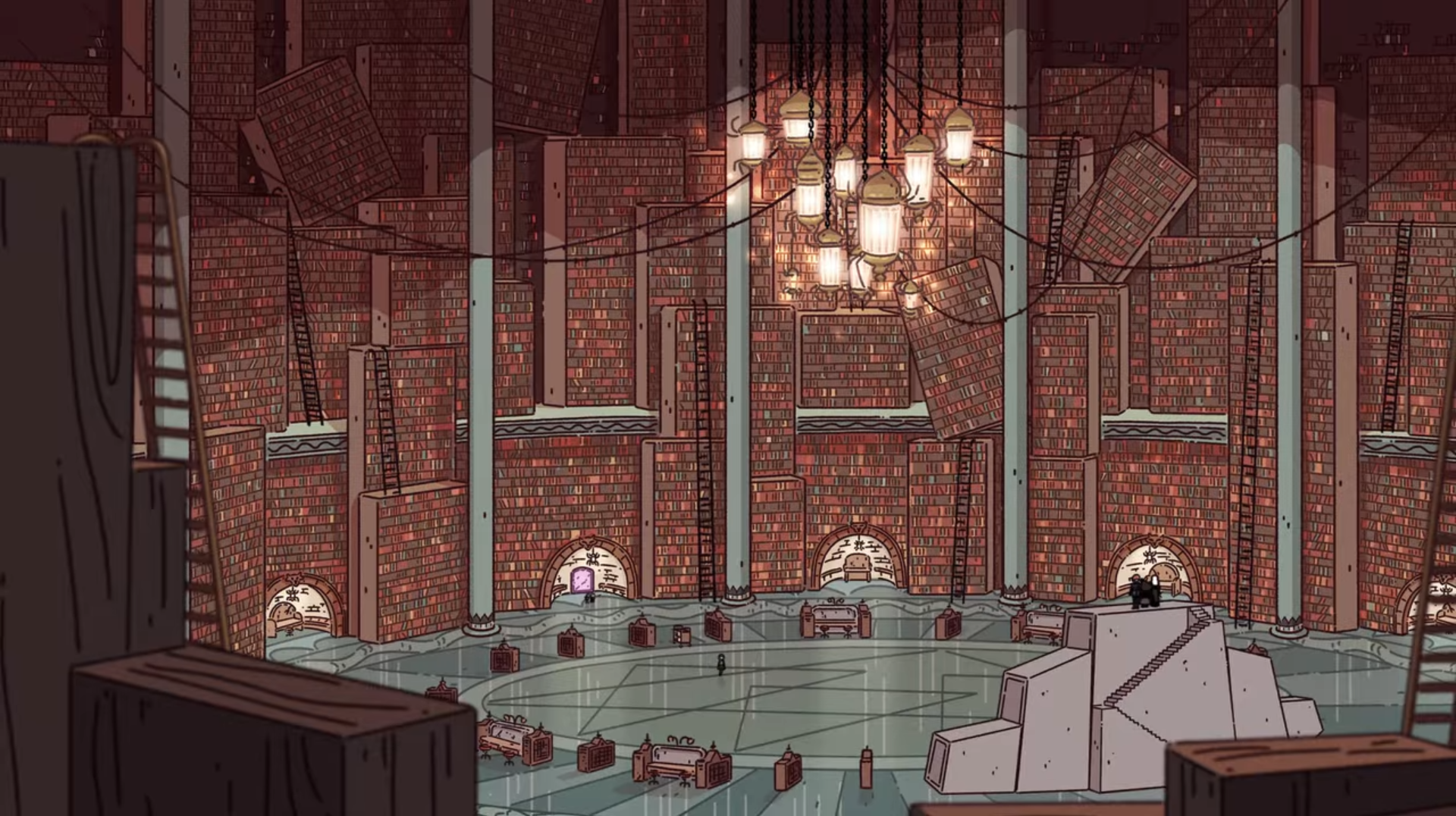 The next episode that the librarian appears in is markedly different. It begins with Hilda accidentally releasing a group of magical “tide mice” which take over the headquarters of a local company and give one man good fortune. As we learned in season one, tide mice initially bring people fantastic luck but then eventually claim their souls. Meanwhile, Hilda and her friends David and Frida, read books in the local library, as part of Frida’s quest to improve her witchcraft abilities through research. The three witches who inhabit the hidden chambers of the library confront the group and accuse Hilda of releasing the tide mice.

Later that night, the protagonists, and Hilda’s animal companion, sneak into the library on a mission to fix the tide mice problem. Kaisa catches them but decides to help them with their quest. She joins them, leading to sequence reminiscent of Ghostbusters, as each of them attempt to eliminate the tide mice in the office building, who are attracted to people’s greed. In one particularly delightful moment, she uses her magic powers to ride a vacuum cleaner like a skateboard. Coincidentally, Ghostbusters begins with a famous scene in the New York Public Library, which is regarded as one of the best library scenes in film. The enchantment of the tide mice is reversed, and the day is saved just in time. In the end, Kaisa goes beyond her normal responsibilities to aid her patrons, making clear the importance of librarians and libraries.

Subscribe to the I Love Libraries newsletter for more fun stories about libraries. 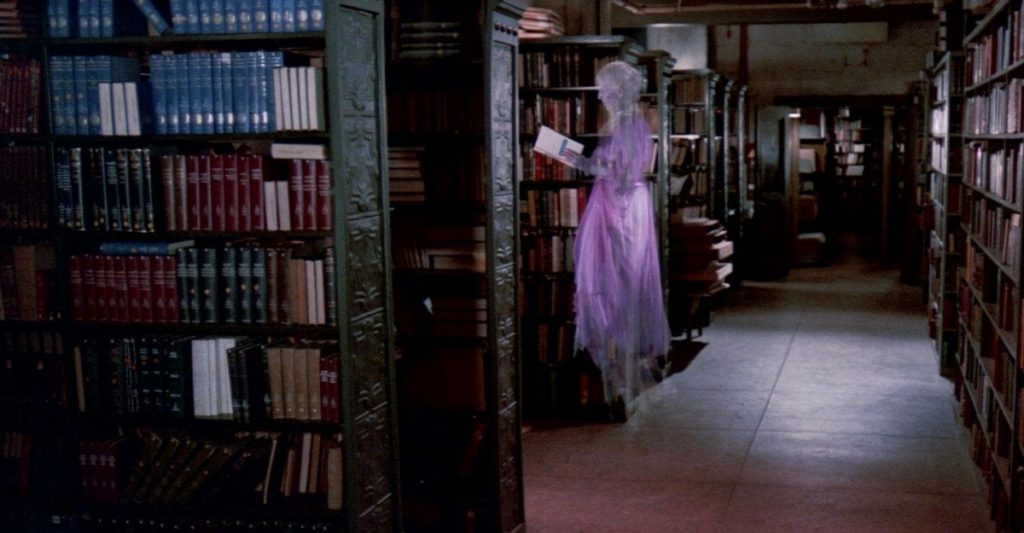 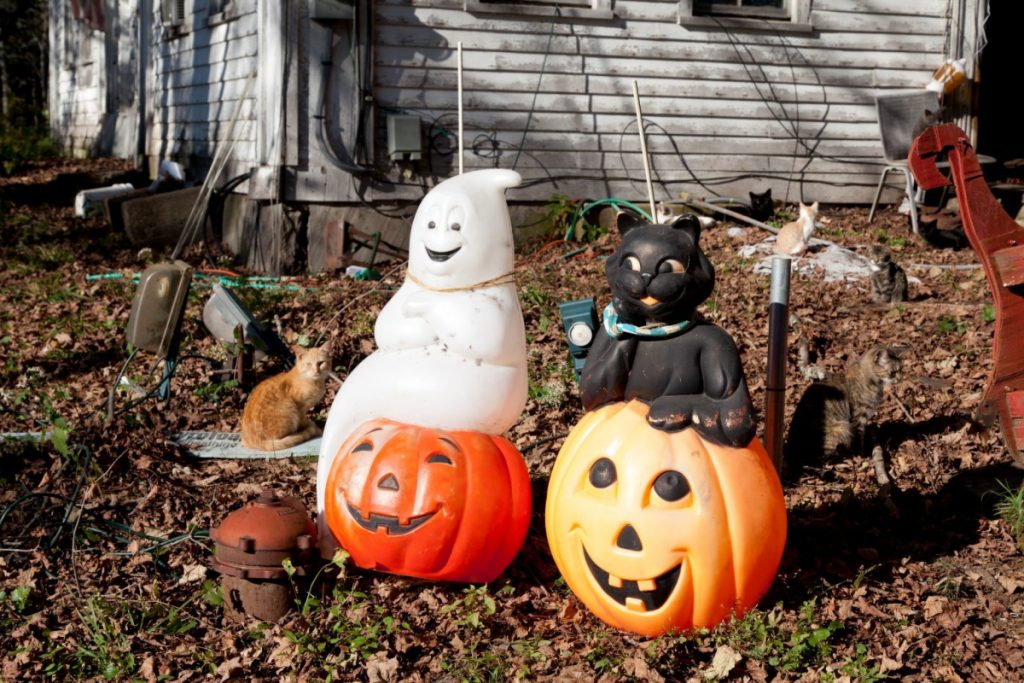