Skip to content
Home » Get Involved » Become a Library Trustee

Library trustees are powerful advocates for libraries.  Through the coordination, hard work, and determination of trustees, new libraries have been built, budgets have been restored and increased, and new respect has been generated for the powerful role libraries play in communities and on campuses. As part of a trustee board, trustees serve on a volunteer basis, can be elected or appointed to a library board for a period of time, and are tasked with the duty of helping to direct the funds and policies of an institution. In general, the library board of trustees has a role in determining the mission of the library, setting the policy that governs the library, hiring and evaluating a library director, and overseeing the general management of the library. This role varies with every library system. For specifics on the role your board of trustees has, contact your local library.

Join United for Libraries to stay informed about the bigger picture of libraries and library-related issues and legislation. 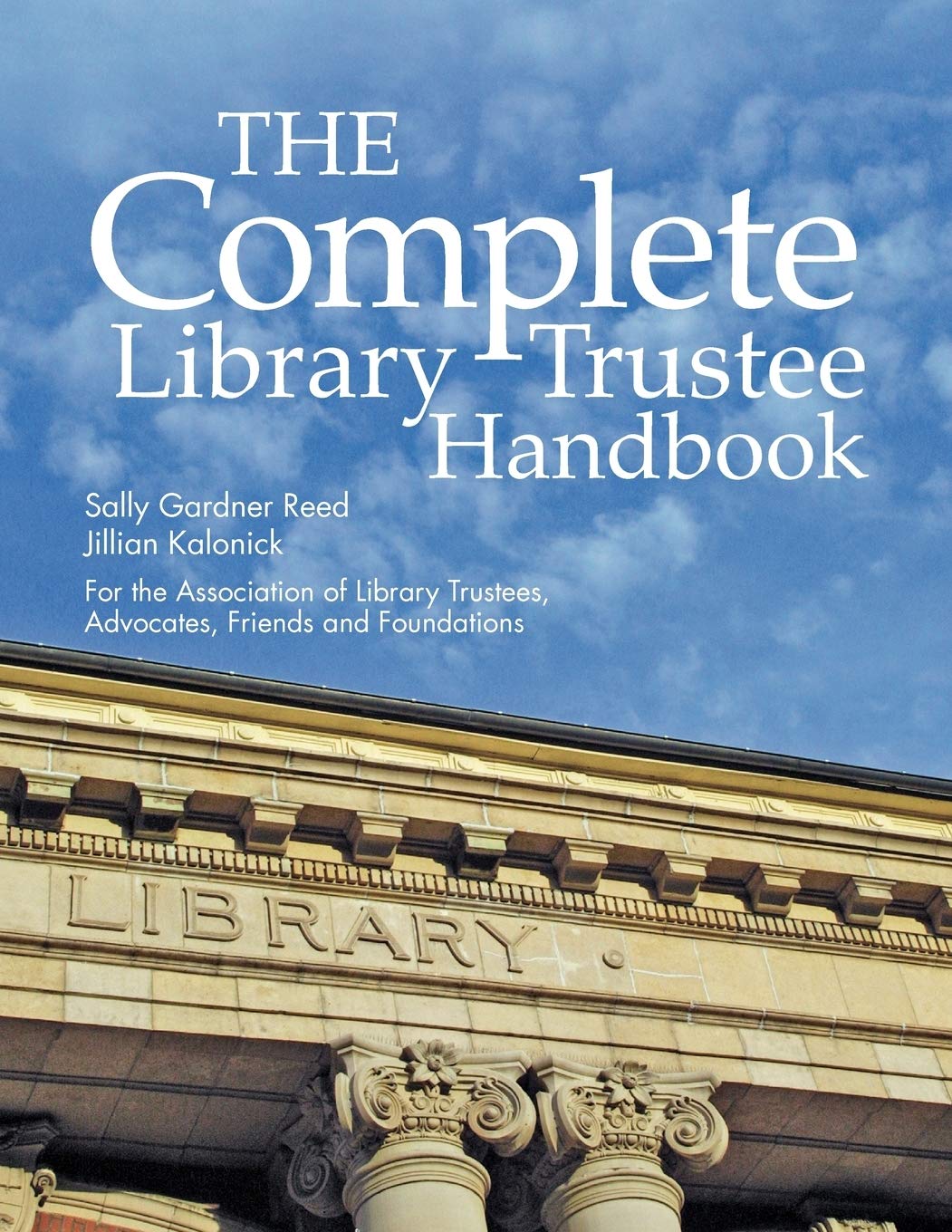 Former United for Libraries Executive Director Sally Gardner Reed draws on her years of success as a library director and executive director of Friends of Libraries U.S.A. to provide Trustees with straightforward, easy-to-read guidance on how to make the most of their vital role. She guides readers through important issues such as sustainable fundraising and advocacy, strategic planning, director-Trustee collaboration, and policy development. Readers of The Complete Library Trustee Handbook will be brought up to speed on board effectiveness, board ethics issues, conflicts of interest, and efficient meeting management. A chapter on key issues for libraries addresses intellectual freedom, user privacy, pay equity for library workers, privatization of public libraries, and funding.

United for Libraries Trustee Tip Sheets: Be sure to get informed about the duties and responsibilities of your role. It’s not uncommon for the role of the Friends and public library Trustees to become confused. What is a Trustee’s role? What authority and responsibilities do Friends have? If these groups are unsure of their respective authorities, conflict can arise.

Register for the Trustee Academy. The Trustee Academy is a series of online courses to help Trustees become exceptionally proficient in their roles on behalf of libraries. All courses are taught by a professional in the field and priced a la carte, so attendees can choose individual courses that are important to them, or a full curriculum (with discounted pricing).